Mandy Canales - Playwright, Producer, Music Liaison
Mandy is a playwright and dramaturg who has worked in San Francisco and Seattle. As a playwright, her most recent works Movers & Shakers / Tossers & Thieves and Cut Here have been performed at Eclectic Theater's One Act Festival in Seattle. Her dramaturg credits include work with San Francisco-based Boxcar Theater and include the plays Galap, Big Co., and the interactive theater experience The Speakeasy. Mandy has a BA in Drama from San Francisco State University and a Masters in Public Administration from Seattle University. 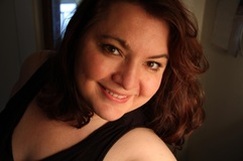 Stephanie Mallard Couch - Playwright, Producer, Actor
I Never Like-Liked a Man the Way I Like-Like You by Kim Douthit
Four Boys On a Beach by Mandy Canales
Stephanie Mallard Couch is a busy writer/performer/photographer/teaching artist. She has dedicated most of her life to the arts and has worked with numerous theaters in Walla Walla, Seattle and on the Eastside. Some of her favorite past roles include: Meg in Crimes of the Heart, Polonius in Hamlet and Henrietta in The Last Days of Judas Iscariot. She is thrilled to be a member of the Metronome Society and to have such a glorious outlet for her overabundant creative energy. 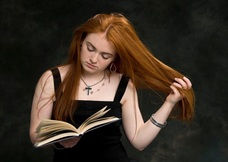 Rojo Davis - Stage Manager
After a daring prison escape, Rojo graduated with her B.A. in Drama Production from the University of Washington. Most recently she’s worked with The Metronome Society, eSe Teatro, Thriving Artists, REBATEnsemble and Ara'Kus Productions, in between knife fights on top of train cars. When not working for groups with odd camel case capitalization, she assists with theater events, though this doesn't usually last for very long, as the assassins always eventually find her. Her ultimate goal is to build a death ray and one day be addressed as "Most Benevolent Supreme Leader". She lives in Wallingford with her cat, Pussy Galore.

Kim Douthit - Playwright, Producer, Actor
Wind Whispers Mary by Carolynne Wilcox
Four Boys On a Beach by Mandy Canales
Introduction to Experiences by Rebecca Goldberg
Kim is a graduate of Hofstra University with a BFA in Theatre Arts with a specialization in Performance.  She received her Post-Graduate Certificate at the London Academy of Music and Dramatic Art in Classical Acting and Shakespeare.  Born and raised in Redmond, Washington, she worked professionally in New York as an Actor, Director and Playwright for a number of years.  She also teaches various forms of theatre around the area.  She is thrilled to have relocated to Seattle, and to be a part of The Metronome Society. Below is a sampling of what she likes, but her tastes tend to be ever changing.

Nikki Eller - The Metronome Society Band, Harpist
Nikki Eller has been playing the harp since the age of 6, and has played with the Seattle Youth Symphony Junior Orchestra, the Pontiac Bay Symphony Orchestra, and the Seattle Rock Orchestra Social Club over the years. Though classically trained, she can play a mean “Stairway to Heaven.” 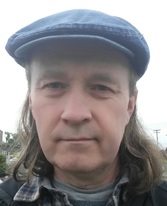 Randy Foss - Actor
Wind Whispers Mary by Carolynne Wilcox
Randy is an eclectic soul…improv, theater, storytelling, poetry, etc.   Studied improv with Del Close in Chicago and performed theater with The Community Theater and others in Seattle.
Performances include:   Bigfoot and Bigfoot Stole My Wife, Killer’s Head by Sheppard,  Once in Europa, The Resistible Rise of Arturo Ui, What’s in Alaska by Raymond Carver, Victoria Station by Herald Pinter and John Proctor in The Crucible.   He also tells stories at storytelling events and is generally some guy enjoying interacting with others and creating stuff. Peace.

Rebecca Goldberg - Playwright, Producer, Director
Rebecca Goldberg is a director, playwright, and actor with her heart in collaborative and ensemble theater. Her most recent directing projects include MythFest for the Pocket Theater and its remount at the Seattle Fringe Festival, Blank Stage Theater's inaugural production of Proof, and Pandora and the Box for eSeTeatro. She is really fond of new works and has directed readings or first stagings at Freehold’s Studio Series, Stone Soup’s XX Fest, FourPlay, and with independent playwrights. Recent onstage credits include Isobel in Lollyville for Macha Monkey, Blanche in Brighton Beach Memoirs at Spokane Interplayers, and both title roles in Me vs. My Subconsicous, a solo show that she also wrote. 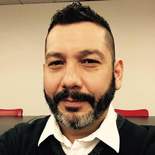 Lonnie Tristan Renteria - Actor
Introduction to Experiences by Rebecca Goldberg
We'll Be Together by Stephanie Mallard Couch
Lonnie Tristan Renteria is a college professor. When he is not professing, he is writing, directing, producing or engaging his detective skills in his other world of forensic psychology. 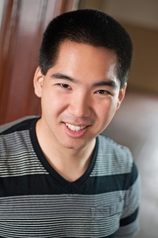 Tim Takechi - Actor
We'll Be Together by Stephanie Mallard Couch
I Never Like-Liked a Man the Way I Like-Like You by Kim Douthit
Tim is honored to be working with the cast and crew of Self-Titled: A Live (Theatrical) Mixtape with The Metronome Society. Tim’s most recent credits include Snow Falling on Cedars at Bainbridge Performing Arts, Sex’D at Handwritten Productions, Coney Island Christmas at BAT, Cannibal! The Musical at Unexpected Productions, South Pacific and The Music Man at Lyric Light Opera, A Midsummer Night’s Dream at Rogue Theatrics, and Where the Mountain Meets the Moon at Book-It All Over. When he’s not doing theatre, Tim works at two part-time jobs at a couple of awesome nonprofit organizations doing marketing/communications. 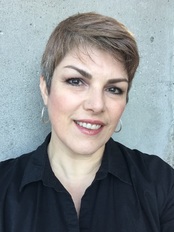 Heather Ward - The Metronome Society Band, Vocalist
Heather Ward is excited to participate in this unique collaborative production. This transplanted Canadian has been a Dickens Caroler for 10 years now, as well as the company costumer. Other musical roles include Pilate in BAT's all-female Jesus Christ Superstar, Gloria in Android Arias for the Fringe Festival, and Red Rider Came Calling for Book-It Theater. Non-musical roles include Paquita in Beauty of the Father, Janet in You Never Loved Your Boy for the LRS Erotic Shorts series, Don Pedro in Much Ado About Nothing for The Wrecking Crew, and The Vagina Monologues for Stone Soup Theater (although both of those last two ended up involving some a capella singing!).  Heather ran the house band for the Little Red Studio and its many varied shows for two years. Now she teaches vocals and youth band classes at Seattle School of Rock, and private voice lessons, along with occasional murder mystery shows, film and web work.  Look for her on the film festival circuit as Vera in The MarQueen! 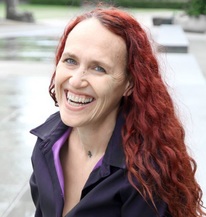 Carolynne Wilcox - Playwright, Producer, Actor
Wind Whispers Mary by Carolynne Wilcox
I Never Like-Liked a Man the Way I Like-Like You by Kim Douthit
Carolynne Wilcox has performed a great deal of her own work (recent notable examples include MythFest at Seattle Fringe Festival, Pandora and The Box at ACT theatre and Queen of the Dead at On The Boards) over the last several years and continues the trend in Self-Titled. Some other favorite acting credits include  eSe Oro, eSe Amor and Electricidad with eSe Teatro at ACT; Andromache in The Trojan Women with Ghost Light Theatricals, Helena in A Midsummer Night’s Dream on the Fremont Troll and Solange in The Maids at Freehold Theatre. She holds an MFA in Original Works from Towson University in Maryland. 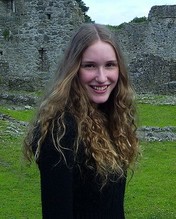 Rachel Wolfe - The Metronome Society Band, Vocals
Rachel Wolfe holds an M.A. in Theater Studies from the University of California, Santa Barbara, and a B.A. in Theatre Arts and Spanish from the University of Puget Sound. She has been involved in a number of theatrical productions around Seattle, most notably with Handwritten Productions, of which she is a founding member. Rachel has been singing since before she could talk, eventually learning to apply words to songs and becoming involved with church choirs, school choirs, and, most recently, informal music groups with family and friends. 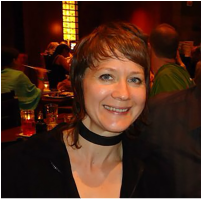 Amber Zipperer - Actor
Four Boys On a Beach by Mandy Canales
We'll Be Together by Stephanie Mallard Couch
Most of Amber’s latest projects were authored by local playwrights. This winter she co-starred as Danielle in Carolynne Wilcox’s Mean Spirited at Eclectic Theater. She also read Teller Ren in Rebecca Goldberg’s Cat Who Thought She Was A Rabbit, and previously was directed by Rebecca as Madison in an excerpt from Jonathan Locke’s play, In Session. Last Fall she created live sound effects for Kirsten McCory’s radio plays at Stone Soup Theater and played Katie in Where’s Charleston, Kid in In the Cellar, and Frankie in A Crow’s Story.